Have you ever thought about getting a brass nut for your guitar? Nope, me neither.

Until recently, that is.

A friend told me he had just bought a guitar with a brass nut, and this made me want to find out more about it.

The funny thing is, my friend told me that the brass nut nearly put him off buying the guitar (a Fender Telecaster). He had never seen a guitar with a brass nut before and he really wasn’t sure about it.

So, are brass guitar nuts any good? And if they are good, what are they good for?

The density of a brass guitar nut can help with note sustain, particularly higher frequency notes, but this seems to be more important for open strings than fretted strings. A brass nut might be a good option for an electric guitar, but not for acoustic guitars due to the harsh sound that it can produce.

First, What Is a Guitar Nut?

If you ever bought a book on how to play the guitar for beginners, it’s very likely the first page had a picture of a guitar with the parts labelled.

You can see the picture on that page from my favourite book for learning the guitar here.

BTW, the book is Modern Method for Guitar by William Leavitt (check it out on Amazon).

The guitar nut is indicated near the top.

It’s the little bar that the strings pass over, between the tuning pegs and the guitar neck.

Why Is This Part of the Guitar Called the Nut?

The names of all the other parts of the guitar made perfect sense to me.

For example, the bridge at the other end of the guitar is a little bridge that the strings are stretched over. The same for the neck and the fingerboard – one looks like a neck and the other is the board where you place your fingers to play notes.

But, the nut made no sense. Why was it called that? I wondered if it was maybe because it was originally made from nut shells?

I only just found out why it’s called the nut today, since I took the trouble to look it up for this article. So, after decades of wondering…

Apparently, the name of the guitar nut may have come from the German word for groove, which is nute. You can read a little more about it on Wikipedia.

This makes sense, since guitar nuts normally contain little grooves, or slots, that the strings sit in as they pass over the nut.

What Does The Guitar Nut Do?

The guitar nut does a few important jobs.

First, the grooves, or slots, mentioned above set the spacing between the strings at the top of the guitar neck.

This ensures the spacing between the strings is always even, and the strings don’t get pushed together here when playing chords or bending strings.

Second, the nut sets the height of the guitar action at the top of the neck. This is important since it can affect how easy or difficult it is to play notes on the first few frets of the fingerboard.

Third, the nut has an effect on the tone of the guitar, since this is one of the two points (the other being the bridge) where vibrations are transferred to the guitar body.

This only really affects open strings though, since the tone of fretted notes is affected by your finger pressing the strings onto the frets.

So it’s when playing open strings that a brass guitar nut might really have an effect on the sound of the guitar, when compared with other nut materials.

What Are Guitar Nuts Normally Made From?

A number of different materials are used to make guitar nuts. The nut is often made from bone, plastic, graphite or brass (which we are looking at here).

The most common material for making the nut on a modern guitar is plastic. One of the benefits of a plastic guitar nut is consistency. The manufacturing process ensures that the nuts are made the same way, so it is very unlikely that you would buy a guitar with “a bad one”.

People say that a bone nut can provide the guitar with a warmer tone. This is more likely to be noticeable with an acoustic guitar rather than an electric guitar where other factors like pickups, amplification and effects might have more impact on tone.

One criticism of bone guitar nuts is that because bone is a natural material it can produce nuts with small “problem areas”. An example could be a part of the nut where the bone breaks down due to the pressure of the string in the slot.

Tusq is a synthetic material that is designed to emulate bone, but to improve on it by ensuring manufacturing consistency and avoiding the problems outlined above for bone nuts.

A graphite nut is provides some of the same properties as the bone and tusq guitar nuts above.

The main additional benefit of graphite is that it is “self lubricating” This means that the strings slide over it very easily when tuning the guitar or using the “whammy bar” (I hate calling it a tremolo bar since it’s actually adding vibrato).

So What About Brass Guitar Nuts?

Brass is a denser material than the other materials used to make guitar nuts outlined above. This means that higher frequency vibrations are more likely to sustain when playing open strings.

The guitar with the brass guitar nut pictured at the top of this article is the Fender Yngwie Malmsteem Stratocaster guitar.

The information on the Fender website says that the Yngwie Malmsteen Strat has a brass nut for enhanced sustain and a brighter tone. This fits with the point above about the density of a brass guitar nut and sustaining string vibrations, particularly high frequencies.

I also heard that the reason Yngwie Malmsteen fitted his guitars with a brass nut was that it helped to reduce friction, helping the strings move easily in the nut slots. This is supposed to avoid the strings catching on the nut and helps the strings to return to pitch when using the whammy bar.

I’m not sure about this point about a brass nut helping when using the whammy bar. Allowing the strings to move easily in the nut slots would allow them to pull more directly on the machine heads, and could increase the risk of strings going out of tune.

This is why electric guitars designed for a lot of whammy bar playing have locking nuts or locking machine heads. Locking the strings at the nut or machine heads helps to stop the strings being pulled out of tune.

It’s important to note that we are talking about nut material affecting the sound of open strings. When a string is fretted your finger presses it onto the fret and that effectively becomes the nut for that string.

So your finger will damp the vibrations in the other side of the fret and the nut material becomes almost (or maybe totally) irrelevant.

The material that the guitar bridge is made of is more likely to have an impact on the guitar tone since the strings are almost always vibrating against it. The exception would be when you are palm-muting the strings with your picking hand.

Brass Bridge on the Fender Telecaster

The bridge of an electric guitar is normally made of metal so a metal nut isn’t such a strange idea. A lot of Fender Telecaster players are convinced that the brass bridge in the original Telecaster design has a big effect on the tone.

When playing the Tele with a clean amplifier tone I believe you can hear the difference with a brass bridge. My own Tele has a brass bridge and I much prefer this to the newer type of Tele bridge.

I actually prefer the brass bridge saddles on my own Telecaster, and I wouldn’t like to change it for a more modern design. I have included an image of the bridge on my Telecaster below (yes, it does need a good clean).

However, having said that, the traditional brass Telecaster bridge can make it difficult to get good string intonation, particularly on the high-E string.

You very seldom see acoustic guitars fitted with a brass (or other metal) nut. They very seldom have a metal bridge either.

The bright, twangy tone that electric guitar players might be looking for with a brass nut doesn’t really work with an acoustic guitar.

People who have tried a brass nut on their acoustic guitars say that it sounds harsh rather than bright, and they don’t like it.

This is likely to be a particular problem with acoustic guitars since you are more likely to play open strings, where the strings are vibrating over the brass nut.

I have seen reports of various players having a brass nut on their acoustic guitars, but when I went to find out more I couldn’t find any evidence of this. Marty Schwartz was someone I heard used a brass nut but I didn’t find this.

Despite my not being able to find anything on brass guitar nuts, Marty produces some great content on YouTube, and you might want to check it out.

Brass Guitar Nut Round Up

So are brass guitar nuts any good?

From what I have learned, brass guitar nuts might be worth exploring further.

The density of the brass can help with note sustain, particularly higher frequency notes. However, this only seems to be important for open strings and not fretted strings.

A brass nut might be a good option for an electric guitar, but it seems to be a no-no for acoustic guitars due to the harsh sound that it can produce.

It seems to me that the material the bridge is made from can be much more important for the sound produced by your guitar.

Compression is an important audio effect in music production, and it’s used in various ways to improve the sound of individual instruments and vocals, and…

If you use Ableton Live you may have been confused by the appearance of some files ending with .asd in your computer folders. These Ableton…

Sample libraries and other audio files can fill your computer’s hard drive up faster than almost anything. As soon as you start to accumulate sample…

When choosing a MIDI keyboard, one of the big questions to ask is about how many keys you need. If you are thinking about a…

You may have heard that open-back headphones are supposed to be better for mixing music than closed-back designs. I heard that too, but I prefer…

Home Studio Magic is a participant in the Amazon Services LLC Associates Program, an affiliate advertising program designed to provide a means for sites to earn advertising fees by advertising and linking to Amazon.com. We also participate in affiliate programs with Loopmasters, TrainYourEars and other sites, and we are compensated for referring traffic and business to these companies. 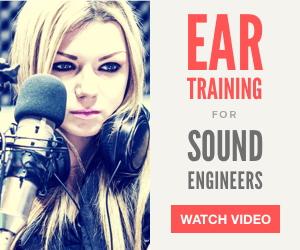